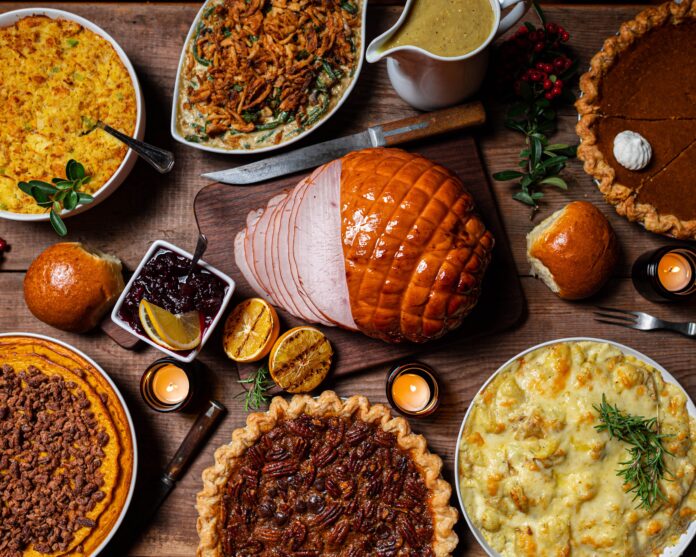 This one food menu may already be familiar to you. Roast Turkey often appears in Christmas-themed movies. Many countries in the world serve roast turkey as a special Christmas dish, one of which is Australia. Usually, roast turkey is called a roasted turkey. To make a roasted turkey, a whole turkey must be roasted in a mixture of various European spices and olive oil. The mixture of all these spices will create a very distinctive must-smell that will make the Christmas atmosphere even more memorable.

This unique food from Mexico is called Bacalao. When celebrating Christmas Eve, people in Mexico usually eat Bacalao. Bacalao itself is a mixture of tomatoes, ancho chilies, potatoes,  and olives. It is said that this food can warm the body, and food is suitable to be eaten when welcoming a cold Christmas night.

For lovers of sweet food, pavlova may already be familiar. Pavlova is often served at birthday celebrations because it tastes sweet and looks very beautiful. But in New Zealand, Pavlova is usually served to celebrate Christmas, you know. Pavlova is made from baked meringue then stacked on top of each other and then topped with fruit to make it more appetizing. Because of its pure white color, many think pavlova represents a snowdrift on a cold Christmas night.

Warm dishes are of course a mainstay of the food menu to celebrate Christmas, especially for countries that celebrate Christmas in winter. Well, in Greece, people usually eat avgolemono chicken soup. This delicious food eaten while still warm is made from a mixture of chicken stock, eggs, and lemon. The combination of savory chicken broth and fresh lemon is sure to make this dish a family favorite.

From its appearance, Pierogi can be said to resemble dumplings or dumplings. Usually, Polish people eat Pierogi when they celebrate Christmas. It is said that for Poles, it is illegal to eat meat on Christmas Eve, therefore they prefer to eat pierogi. Pierogi itself is made from a mixture of mashed potatoes, cheese, and sauerkraut. Usually, pierogi are cooked by boiling, but many also cook them by frying.

Now, let’s take a peek at the typical Christmas food menu from neighboring countries. The Philippines has a special traditional Christmas food menu called bibingka. Bibingka is a traditional Filipino cake. This cake is made with rice flour and coconut milk. This dough is then wrapped in banana leaves and then cooked. Bibingka is usually served with a sprinkling of grated coconut to make it taste savory.

The mandatory food menu when celebrating Christmas in Denmark is a salamander. Risalamande is made from rice pudding mixed with whipped cream, vanilla, and almonds. This food is usually eaten cold so it will be very refreshing. Having a delicious taste and being loved by many people, the salamander has been around since the 19th century, you know. So you could say that this typical Danish food menu is legendary. All of the typical Christmas food menus above are sure to tempt your appetite. Suitable for you to make alternative food to celebrate Christmas this year.

These miniature sweet pies originated in England and contain a mixture of meat, dried fruit, and spices called “minced meat”. Mince pies are a traditional British dish served at Christmas.

Sachertorte is enjoyed by Austrians as a special dish at Christmas and during December because it is said that in Austria December 5th is National Sachertorte Day. Sachertorte itself is a cake that is rich in chocolate with apricot jam as a spread. As a decoration, usually on the top of the cake, there is a Sacher writing as a sign

Even though the name contains the word bread, gingerbread is a ginger-flavored cookie. Gingerbread comes in many forms, the most famous of which are figures and houses. Although it is widely known in several countries, this cake is also served at Christmas, but it originates in England.